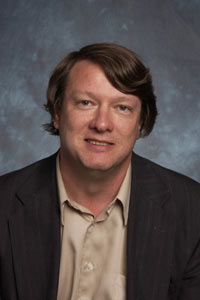 Richard originally came to Wisconsin to study engineering.  In 1996, he earned a Bachelor of Science from UW-Madison in Computer Science.  He has also earned a Masters of Science in Engineering, as well as a Bachelor of Science in Business, from Milwaukee School of Engineering (MSOE).  For more than a decade, Richard has worked for various corporations as an engineering consultant. Richard has been a registered professional engineer (registration #34,808) in Wisconsin since May 2001.  He prides himself in being a extremely good problem solver.

Richard graduated from Marquette University Law School in 2006.  His practice focuses on family law, business law, and all aspects of intellectual property law (including patents, copyrights, trademarks, and trade secrets).  Richard has been a patent agent (registration #45,537), licensed to practice before the United States Patent and Trademark Office, since March 2000.

Richard has owned and operated several businesses.  He has worked for large employers in supervisory and management roles, being responsible for processes, rules, accounting, and tax reporting, as well as contract negotiations.  His experience spans over a 30-year period and aids in his practice of family law and divorce because business, negotiation, and tax reporting are a significant part of divorce and property division, especially when self-employed individuals or privately-held companies are involved.  Further, the logical thought processes and problem-solving skills used in engineering work well in tough, highly emotional circumstances like divorce and family law.  Richard is registered with both the Eastern District and Western District of Wisconsin, allowing him to practice bankruptcy law as it applies to his divorce cases.

Richard is a logical thinker with a great love for investigation, problem-solving, mathematics and accounting.  Most importantly, Richard does not give in when his client’s interests are at stake.