Child custody is always an important matter for Wisconsin parents going through a divorce or establishing paternity rights. Custody of a child refers to the decision-making authority of that child. Child Custody in Beloit, Wisconsin and Janesville, Wisconsin is at the sole discretion of the Rock County Circuit Court judges.  Since the appeal process is difficult and expensive, clients should take these matters seriously and expect that they have only one chance for settling custody of their children.  This is true whether in a divorce or paternity action.  Custody sets the tone for future relationships with the child and other parent in Beloit Wiscosnin.

Joint Custody, the most common form of custody, is the sharing of decision making power between the two parents.  Each with no more say than the other.  Such issues as where the child will attend school, medical decisions, and types of event planning fall under custody decisions.  Later in life decisions about if the minor can marry or join the armed services can occur.  Having joint custody is the first step towards a parental relationship with the minor child.  Joint custody can be denied by the court for many reasons including domestic violence, child abuse, or if one parent is not mentally fit to have joint legal custody. In a joint custody ruling, the parental parties are required to communicate with each other and attempt to reach agreement with respect to major decisions affecting the lives of the minor children.

Sole Custody can be given to either parent in whole or on a issue by issue basis.  An example of sole custody on an issue basis is sole custody to decide where the child will attend school.  Others include: medical decisions, school events, and religion.  Sole custody designation to one parent is often granted if communication is difficult between the parents, differing beliefs, or there is a geographic distance of the parents. Sole custody is granted when joint custody is denied. 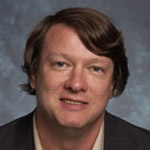 He has been practicing law since 2006. He graduated from Marquette University Law School, sitting right next to Karyn. Richard focuses on Family Law, Divorce, CHiPs, and Bankruptcy. Richard’s decades of family law, business, accounting, and tax experience make him an ideal attorney for such cases. If you are looking for a compassionate and knowledgeable Divorce or Family Lawyer, look no further. Richard’s phone number is (262)565-8200.